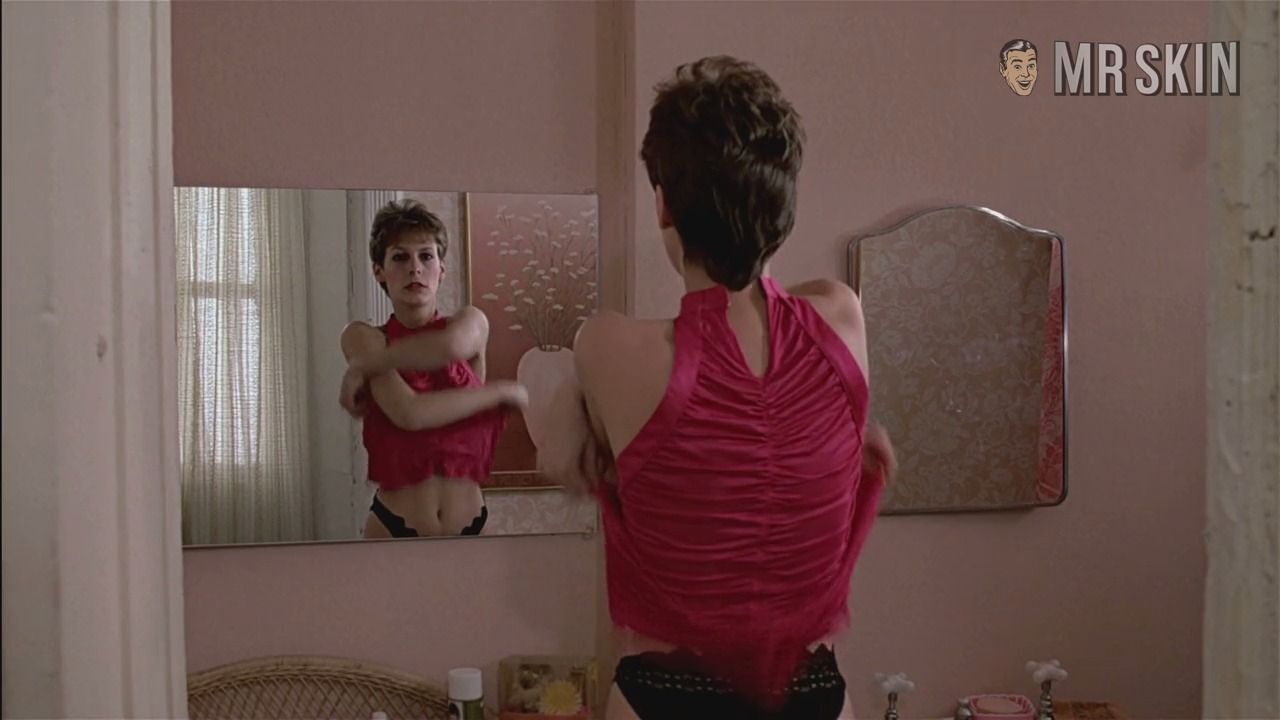 Trading Places (1983)
Nude, breasts 01:00:40 A nice, well-lit gander at Jamie Lee's glorious globes when she doffs her shirt in front of a mirror and a rather beaten-down Dan. One of the greatest racks of all time!

Dan Aykroyd and Eddie Murphy star in Trading Places (1983), a classic comedy about a Harvard-educated stockbroker and a streetwise con artist who get caught up in a bet by evil millionaires. The real stars, though, are Jamie Lee Curtis’s breasts. She steals the film as a hooker who takes in the newly destitute Aykroyd. The unveiling of her vampish va-vooms wouldn’t be equaled until the hype for Halle Barry in Swordfish (2001). However, don’t neglect Kristin Holby as Aykroyd’s rich gal pal from his former life. She doesn’t get nude, but her brief role is a high point in the cinematic history of incredibly sexy WASP women.