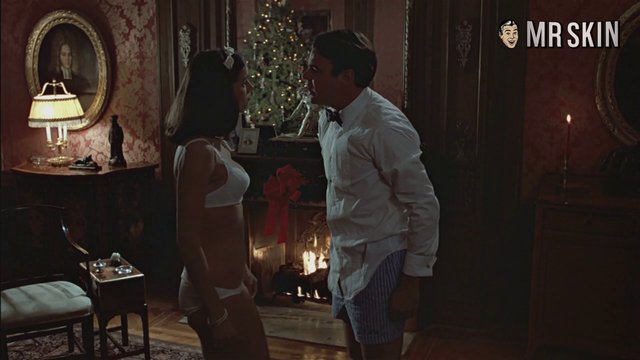 Naughty Norwegian Kristin Holby achieved SKINpressive SUCKcess as a fashion model in the eighties before hustling her heavenly heiny to Hollywood. While her resume is reserved, this blushing brunette starred in a multitude of MAMorable features before putting the kibosh on her acting career. For instance, she portrayed Dan Aykroyd's prissy partner in John Landis' classic comedy Trading Places (1983) as well as Mrs. Jacobi in Michael Mann's Manhunter (1986). In the former, Miss Holby strips down to some wanton white lingerie while canoodling with her ghostbusting guy. Too bad we never got to see Kristin's bust!