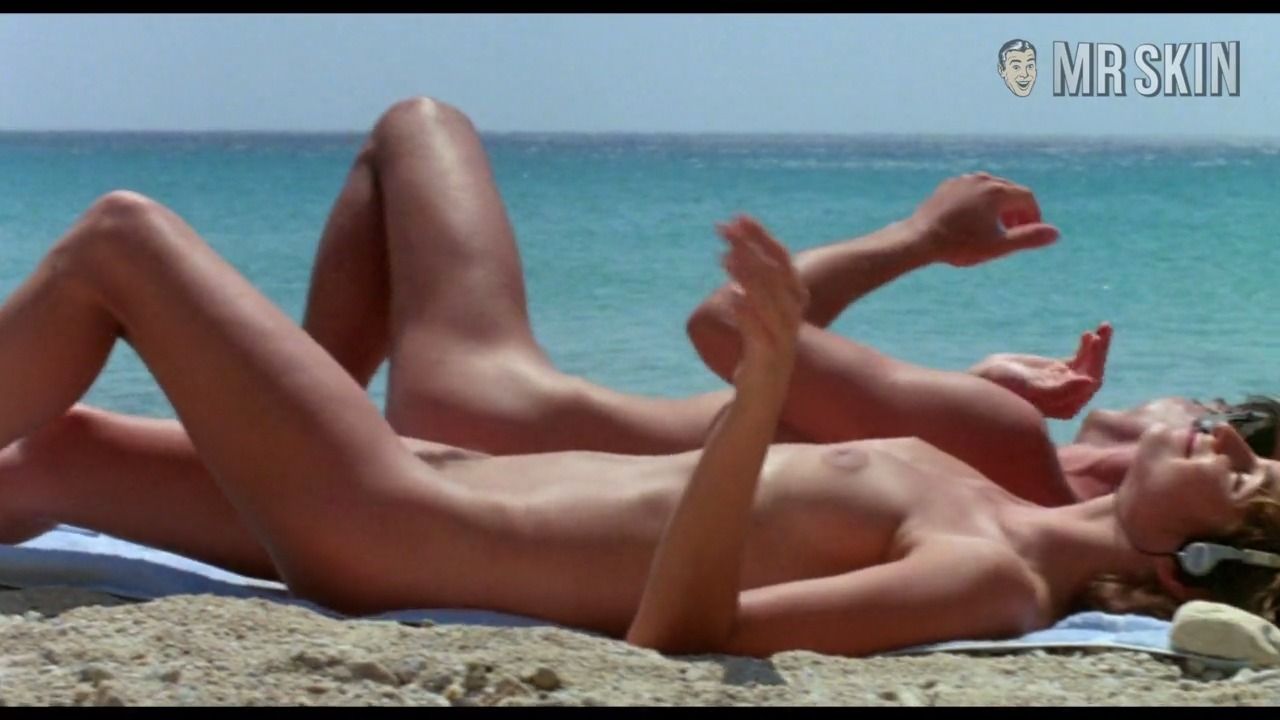 Summer Lovers (1982)
Nude, breasts, bush 01:09:13 Valerie lies on her back, thereby divulging her perky pears and a sweet little fuzzbox in the process.

Daryl Hannah and Peter Gallagher are young, beautiful and on vacation in Greece in Summer Lovers (1982). Their happiness hits a hitch, though, after Daryl learns that Peter’s peter has had its way with local gal Valérie Quennessen. Maybe she’s intoxicated by that Greek island air, but Daryl then surprises herself by deciding that Peter can certainly be shared by both of them. The ménage stays strictly heterosexual, but Daryl and Valérie sure seem to enjoy being around each other’s nakedness. If only enough people had seen this to prompt a sequel.