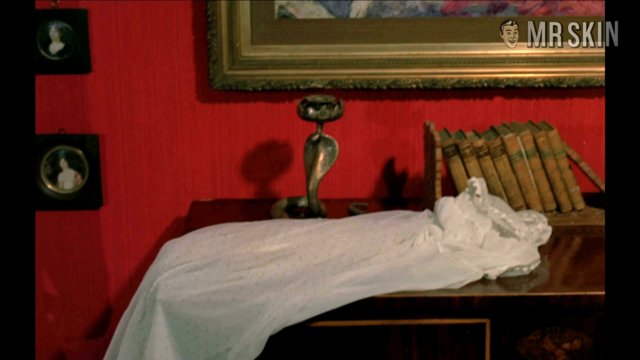 Alternately titled Lesbian Twins, the British grindhouse feature Virgin Witch (1971) has managed to amass a cult following thanks to its surfeit of skin (and a modicum of horror). An occult examination of sisterhood, Ray Austin’s film––loosely based on a book by Klaus Vogel––stars real-life sisters Ann and Vicki Michelle as aspiring models who are given their first big break by agency diva Patricia Haines. The girls show up at a remote highlands castle to strip and be photographed but end up participating in a sinister coven’s gathering. Austin’s film is infamous for the copious amount of skin time it affords its three leads––there’s an incredible amount of nudity to go around. Patty and Vicki aren’t shy, but it’s Ann who hogs the limelight in more than half-a-dozen lengthy exposures.