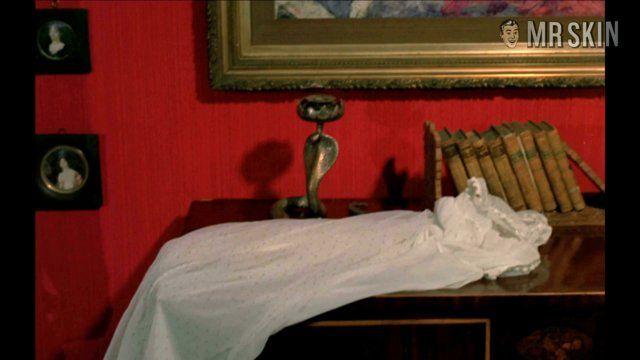 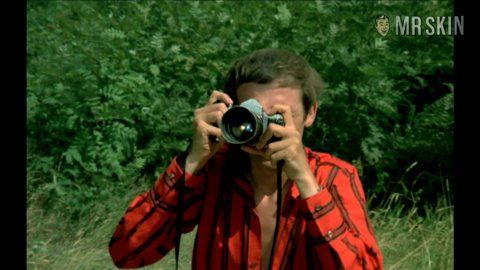 Virgin Witch (1971) Nude, breasts, butt 00:17:55 Michelle flings her pert pink-nosed puppies around outdoors while posing for a photographer. Then she loses her jeans to spice things up with some bunnage! 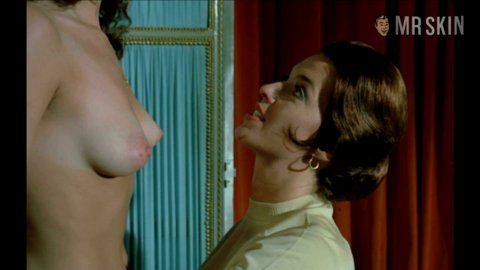 Virgin Witch (1971) Nude, breasts, bush, butt 00:06:44 Ann gets sized up (literally) for a job, getting frontal and allowing her interviewer to measure her. What a resume! 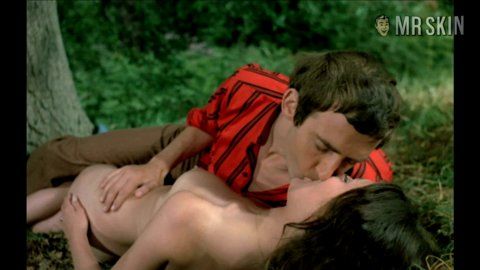 British-born Ann Michelle was a staple of UK horror and thriller flicks in the '70s. The buxom 36-26-36 beauty debuted in the thriller Psychomania (1971), a trying tale of a motorcycle gang called "The Living Dead," where to join the club you had to kill yourself. She next appeared in Virgin Witch (1972), which may be about women who refused to wear clothes, since that just about sums up the entire movie. Watch it for some great shots of Ann, who appears in all her full-frontal glory, as well as her sister Vicki Michelle, who appears in the shadow of her sister's rampant clothing-optional turn. Although Ann appeared in the skin classic Young Lady Chatterley (1977), she remained clothed throughout. If you want some more of this brazen British tart, check out House of Whipcord (1974) and Mistress Pamela (1974), both of which feature Ann in some manner of undress. After an equally fleshy turn in The Haunted (1979), Ann disappeared for a while, popping up once more in an episode of Casualty in 1986, only to disappear again forever. Ann's absence is a casualty we'll never recover from.

7 Pics & 2 Clips
Nude, breasts 00:53:00 More of her tits laying on a table during some weird tribal ritual involving natives and a snake.
Nude, breasts 01:06:00 Another look at her very impressive hoots laying in bed with a customer.

4 Pics & 1 Clip
Nude, breasts 00:40:00 Ann Michelle chats with her boy toy (who strangely resembles Tom Jones!) in bed, baring a bit of lefty, then BOTH her fabulous flapjacks.