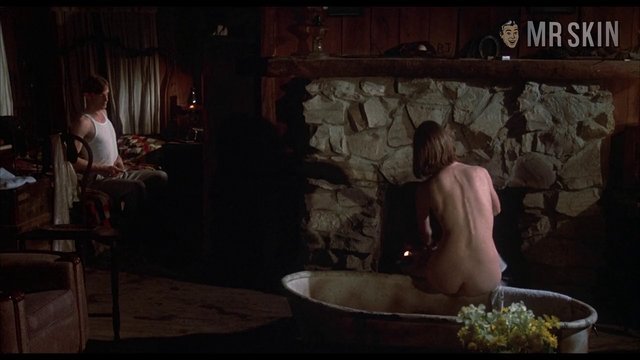 Thieves Like Us (1974)
Nude, breasts, butt, bush 01:18:08 Shelley stands up in an old-fashioned bathtub, showing brief mini-mams and an extensive, full-on view of her petite seat as she steps out and walks over to a closet to get dressed. Naked ass never goes out of fashion!

Directed by Robert Altman, Thieves Like Us (1974) is another one of his rambling plot-less masterpieces. This time, the "story" involves a bunch of bank robbers in the '30s. There are many typical movie moments: bank robberies, getaways, boy meets girl, heist planning, prison breaks, love story. But this is Altman, so they're all told in a fresh and original manner. His usual cast of characters abound, but it's string-bean cutie Shelley Duvall who really excels in a tub scene that exposes all of her small wonders. And you can take that to the (sperm) bank!