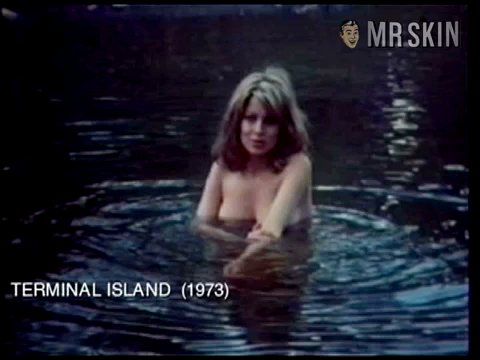 In the future the death penalty will be outlawed, and, always the most progressive state, California will respond to this Supreme Court decision by exiling all death-row inmates to San Bruno Island off its coastline, a.k.a. Terminal Island (1973). There the men run wild, which includes wrangling the women on the island as sex slaves. It's hard to argue with their antisocial ways when faced with such sweet temptations as Russ Meyer doll Phyllis Davis and Barbara Leigh, who both flash their impressive racks. That alone should get them a stay of execution if not a complete pardon.