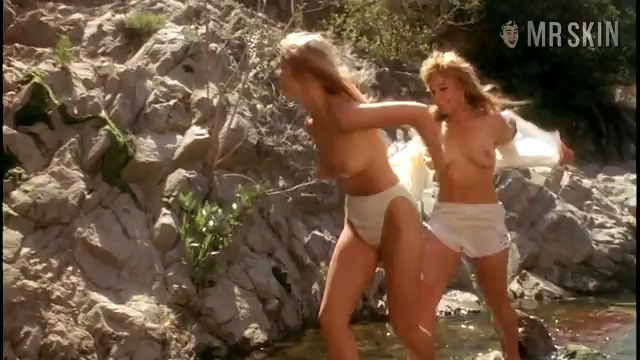 Poor Angie Dickinson has been trying to go straight ever since Big Bad Mama (1974), but in Big Bad Mama II (1987) it’s back to a life of crime after an evil businessman forecloses on her home--and kills her husband in the process. Angie takes revenge by teaming up with daughters Danielle Brisebois and Julie McCullough to start knocking over the businessman’s banks. This old-timey gangster saga includes a nostalgic look back at Dickinson’s full-frontal nudity from the first film--which is kind of vital, since Angie relies on a body double for her nude scenes here. Danielle and Julie, however, provoke plenty of fresh erections as new blood showing off their new bods.