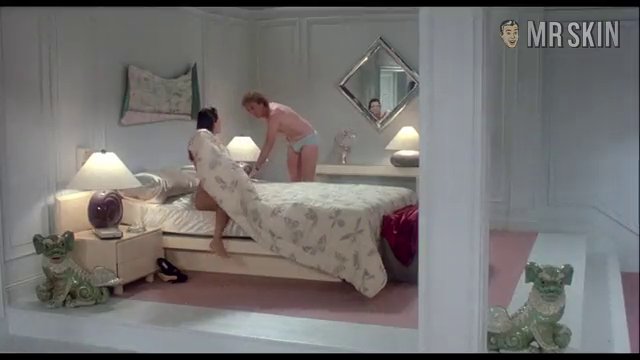 The Woman in Red (1984)
Nude, breasts, butt, bush 01:14:00 Kelly flashes her tits whilst getting ready to get her groove on with Gene Wilder, then flashes a hint of muff when her husband comes home early. This is rated PG-13? Wow!

Director Gene Wilder--who narrates The Woman in Red (1984) while standing on a ledge--also stars as a normal guy whose life goes to hell after he spies Kelly LeBrock in a red silk dress. Complications include secretary Gilda Radner’s mistaken conviction that Wilder’s madly in lust with her, and there’s also the large matter of LeBrock’s husband. This was the film debut for LeBrock, and the former Pantene spokesmodel (“Don’t hate me because I’m beautiful”) shows plenty of skinsational qualifications as a dream girl.