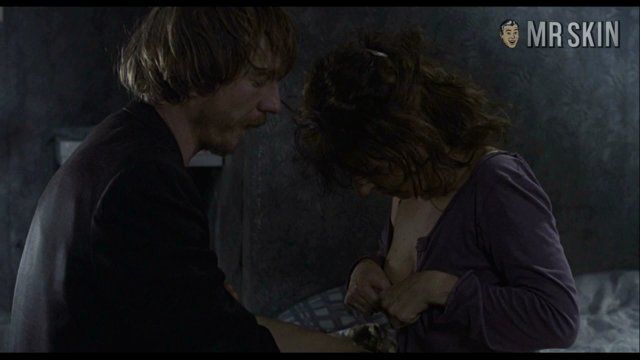 Naked (1993)
Nude, breasts 01:05:10 Dear Deb gets her donuts roughly exposed by nasty David Thewlis, who then holds her down on the bed, much to her distress.

The breakout film from toiling British stage and screen director Mike Leigh, Naked (1993) hit arthouse audiences like a ton of bricks when it debuted in the early 1990s. A filthy, seedy, unrepentantly dire view of life at the bottom, the film stars David Thewlis in a bravura performance as a cunningly quick-witted misanthrope who treats all those he encounters with scorn and contempt. Leigh follows his anti-hero as he scours London, searching for sexual and emotional prey. Elizabeth Berrington, Deborah MacLaren, and the phenomenal Katrin Cartlidge all fall under the protagonist’s gaze, and all three women live up to the promise of Leigh’s title--even if the trappings for their strip-downs aren’t always entirely pleasant.

Nude - as Giselle the Waitress

Nude - as Woman in Window