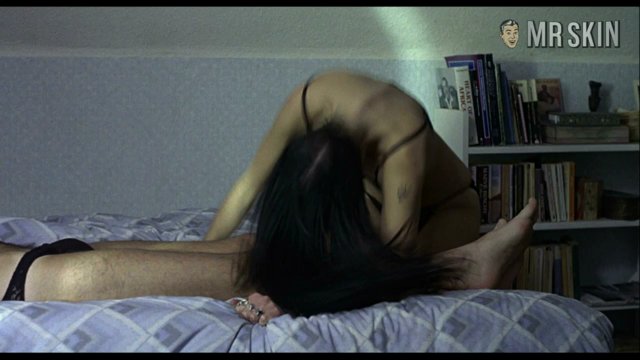 Naked (1993)
Nude, breasts, bush 01:18:07 Katrin's in a bra and panties while somewhat unenthusiastically whipping a guy with her hair, then we see her mini mams when she pulls on a dress before being brutally banged. 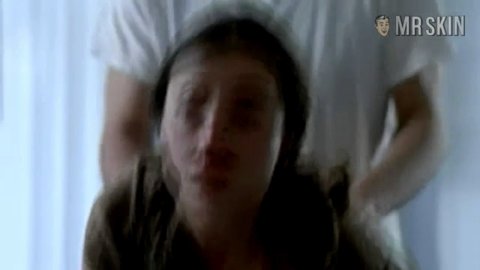 Claire Dolan (1998) Nude, breasts 00:09:00 Another glimpse of Katrin's tits as she takes it from behind. For some reason, though, she has to give herself the reach-around... 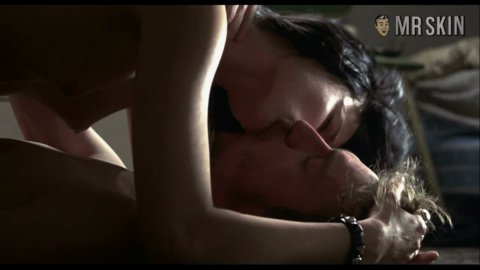 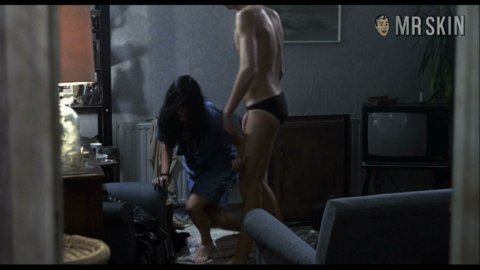 Revered in dramatic circles for her ability to bring humanity and dignity to a range of tough, compromised female characters, striking British actress Katrin Cartlidge is also revered among skinthusiasts for her ability to bring to light the vulnerable, unclothed undersides of those same female characters. For most U.S. flesh seekers, Katrin came to the eye first and most memorably as the conflicted and slightly crusty punk-rock chick Sophie in English director Mike Leigh's Naked (1993). A gritty drama of scraping by and making do, Naked showcased Katrin in a pair of scrappy, gritty sex scenes that more than make do in the department of nude.

Surrealissimo: The Trial of Salvador Dali (2002) - as Gala Dali

10 Pics & 7 Clips
Nude, breasts, bush 00:55:00 Nude pube-farmer Katrin tests her own furry waters with her hand before her dude joins in . . . More boobs and more close-up, luxuriant furburgerage!
Nude, breasts 00:05:00 Opening sequence boobies while Katrin reads a magazine in her skivvies. I like where this is going . . .
Nude, breasts 00:08:00 Still only wearing teeny underwear, Katrin lights a smoke. Her boobs give me a Zippo in my pants!
Nude, breasts, bush 00:54:00 The camera shows flashes of her soaked skinnage in the shower . . . there are those infamous boobies again, plus we're treated to a bush shot so up close and personal, you can count the hairs!
Nude, breasts, bush 00:41:00 Kat's mini mammage a whiff of quiff are visible in the mirror as she picks up a razor and contemplates it. Again, I like where this is going . . .
Nude, breasts 01:01:00 Get a quick glance at her left love bud before she slips a bra on.
Nude, butt, bush 01:20:00 Lying in bed, she shows some fast and furry-ous frontal and buns when getting up. The lighting may be dim, but Carlidge still gives me a bone.

12 Pics & 3 Clips
Nude, breasts 00:17:18 Kat gets, well, "Naked" and shows off her awesome boobage getting poled on a couch, then a bed.
Nude, breasts, bush 01:18:07 Katrin's in a bra and panties while somewhat unenthusiastically whipping a guy with her hair, then we see her mini mams when she pulls on a dress before being brutally banged.
Nude, breasts 01:24:19 Running away from the creepy dude while wearing an open dress, she shows a quick flick of right tit. Forget "Cartlidge", Katrin will give you a full-on BONE!

The Comic Strip Presents... - as Maria