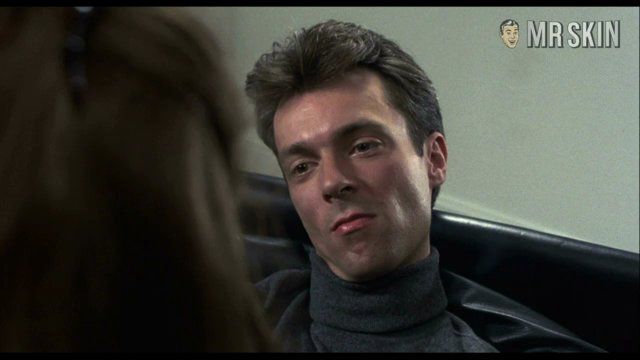 With a name like Elizabeth Berrington you'd think the redheaded English Tea & A would have a ton to bare. You'd not be too far off. Maybe that's what attracts her country's greatest directors to cast her. She's been in two of Mike Leigh's films and one by cult helmer Peter Greenaway. But if you want to see Elizabeth with her clothes away, then you'll have to see Leigh's well-titled Naked (1993). It's her nude debut and her only skin onscreen. Leigh is known as an actor's director, who spends considerable rehearsal time letting his cast improvise the plot of his scripts. A word of career advice, Elizabeth: Continue to trust your improvisational instinct!

My Wonderful Life - as Marina