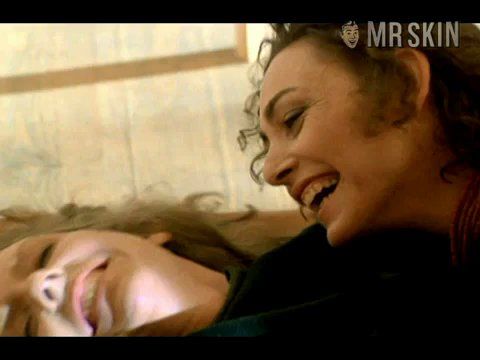 La luna (1979)
Nude, breasts, butt, bush 01:05:00 Jill shows her buns and boobs when she takes off her excercise tights and walks to the shower, but the real treat is a brief glimpse of Clayburgh's 'Furburgh'! 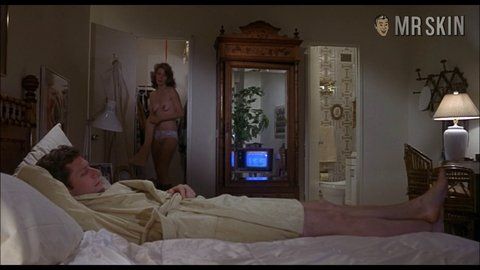 An Unmarried Woman (1978) Nude, breasts, underwear 00:12:00 Jill offers up a nice look at her perky pair while changing her threads in front of Michael Murphy who, for some reason, doesn't seem to notice... He must have eyesight problems. 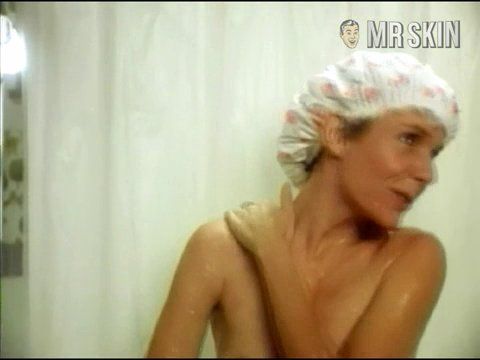 Starting Over (1979) Nude, breasts 00:45:00 Jill takes a shower and delivers a few looks at the rosy rib cushions in the process. 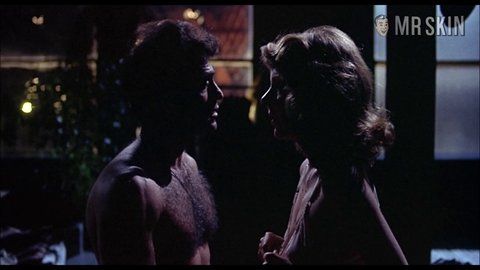 Jill Clayburgh ended up becoming the symbol of liberated women in the '70s. The tall, busty brunette certainly liberated herself from such unimportant things as clothes in many of her more moan-inducing movies. She first started getting attention as one of the hot young things of daytime on the soap Search for Tomorrow, but it's her early film appearance in The Telephone Book (1971) that really rings our bells here at Skin Central. It's the first time this randy rebel removed her costume. That was uncredited, but she had a more substantial, if less skinful, turn in the masturbation classic Portnoy's Complaint (1972). By the end of the decade, she was back up to steam at her skintillatingly breast in An Unmarried Woman (1978). That got her an Oscar nod for Best Actress, and Mr. Skin gives her fabulous floppers the booby prize. Even on TV she was hot in Hustling (1975), in which she played a hooker. She rounded out the Mam Decade with some fleshy peeks of her breasts in a shower scene from Starting Over (1979) and a parting shot of ass in Luna (1979). By I'm Dancing as Fast as I Can (1982), her funbags were flashed for the last time. Sadly, there's no chance for an encore perv-formance, as Jill passed away after a long battle with leukemia on November 5, 2010.

2 Pics & 2 Clips
Nude, breasts 01:10:00 Clayburgh gives up a quick view of her left Claymore, as she rolls over in bed with a bearded Michael Douglas.

11 Pics & 2 Clips
Nude, breasts, butt, bush 01:05:00 Jill shows her buns and boobs when she takes off her excercise tights and walks to the shower, but the real treat is a brief glimpse of Clayburgh's 'Furburgh'!

Leap of Faith - as Cricket Wardwell

Search for Tomorrow - as Grace Bolton