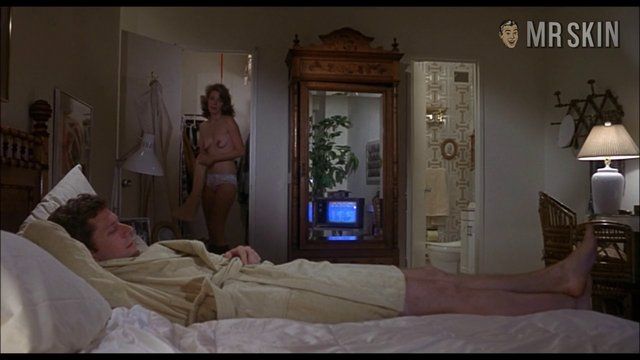 An Unmarried Woman (1978)
Nude, breasts, underwear 00:12:00 Jill offers up a nice look at her perky pair while changing her threads in front of Michael Murphy who, for some reason, doesn't seem to notice... He must have eyesight problems.

Any movie about divorce has a built-in audience in the myriad ex-husbands, ex-wives and grown children of connubial splits. An Unmarried Woman (1978) broadened that viewer base to include anyone who has ever been roiled by a sudden identity reversal, earning a Best Picture Oscar nomination in the process. Director Paul Mazursky tapped the deepest resources of generously emotive Jill Clayburgh to present the travails of a suddenly single women in a manner that was both specific to the film’s title character and universal to anyone who has ever coped with life-altering disappointment.