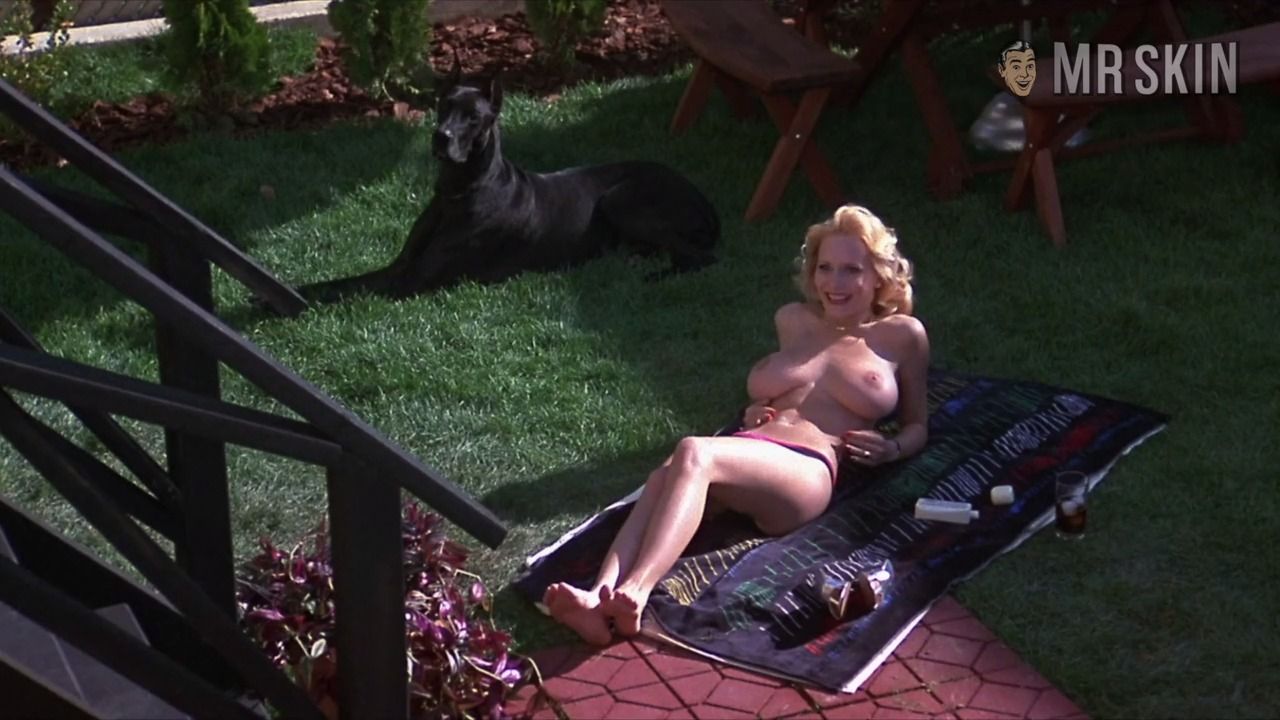 Easy Money (1983)
Nude, breasts 00:47:40 Rodney might not get any respect, but he does get a great view of Kimberly toasting her ginormous gourds in the sun. And when you get right down to it, boobs are way more entertaining than respect.

For a pot-smoking, booze-swilling, fatty-food-gobbling ne’er-do-well, a dollar can be a hard thing to come by, and the prospect of countless millions of them landing in your pocket is a fantasy beyond the pale of wildest imagination. The sad sack everyman whose woes become our delight during the sidesplitting duration of Easy Money (1983) ekes out a living as a photographer clown at children’s parties. His mother-in-law rues the day her daughter ever met him. The old witch kicks the bucket and unexpectedly leaves the shambling shutterbug every last one of her uncountable cents. But there is a catch. He must endure a year without the succor of cigarettes, alcohol, fried foods, or other chemical comforts, then the cash will be his. Before he embarks upon this straight-edged challenge, the loser should know that even if he succeeds, there is bound to be a catch.