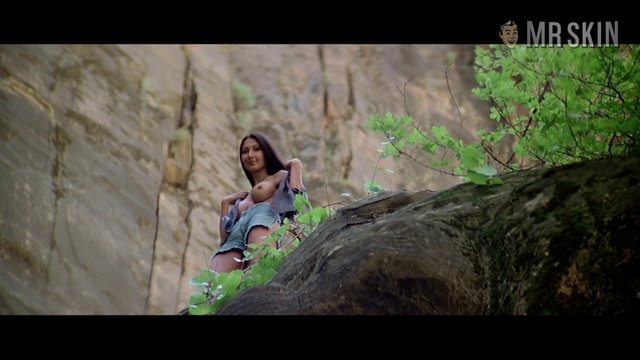 The Eiger Sanction (1975)
Nude, breasts 00:49:00 Clint has no intention of climbing that cliff... until Brenda takes off her top to show Clint what he's missing.

Clint Eastwood shows that he can play sophisticated and still kick ass in The Eiger Sanction (1975). He's an academic with a love of modern painting, and he has a slew of classic art pieces paid for by his lucrative sideline as an assassin. But he wants out of the life. First he is must do one last hit by his slimy albino boss, who secretly placed another killer in Eastwood's team to off him! Don't think a tough guy like Eastwood is going down like a punk. And while kicking ass he also gets a piece of ass, in the delightful form of Brenda Venus. This brunette beauty is aptly named and pleasantly undressed in two scenes. That's something Mr. Skin would like to sanction for every flick.