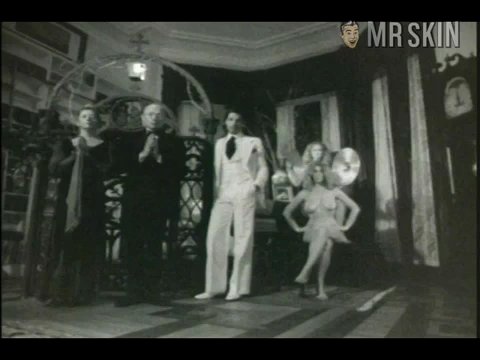 The Sentinel (1977)
Nude, breasts, bush 00:33:00 Sylvia and Cristina all their their fun bags fly and Beverly goes full frontal in this strange black and white dream sequence!

In The Sentinel (1977), fashion model Cristina Raines gets a great deal on a New York City apartment, and it even comes with sexy neighbors such as Sylvia Miles and Beverly D'Angelo. For some reason, though, Cristina’s actually disturbed by how Beverly tends to masturbate in front of her. Guys, however, will want to find a real estate agent who specializes in homes located at the gates of Hell. Yep, that’s the catch to this dream home. It turns out that blind priest John Carradine is really the only other tenant in the building. All of Cristina’s new friends are actually condemned souls looking to get out for some fun. This underseen sleeper was pretty controversial when first released, thanks to shocking imagery of ghoulies on the prowl. There are plenty of heavenly sightings from Cristina, Sylvia, and Beverly, though.