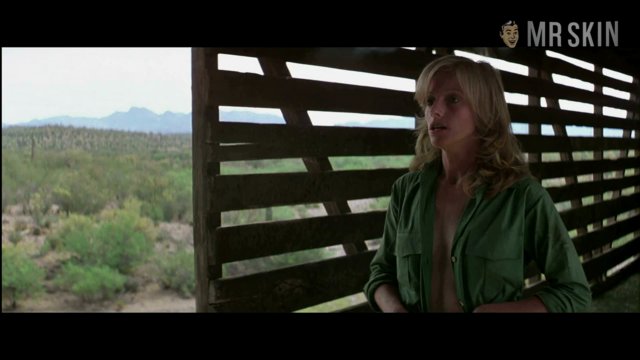 The Gauntlet (1977)
Nude, breasts 01:10:45 Sondra's flashes her funbags and offers herself up to some baddies in order to save Clint.

The hottest odds in Vegas are the 100-1 gamble that cop Clint Eastwood will survive transporting hooker Sondra Locke from Arizona to Nevada so that she can testify against a mob boss. Too bad that Clint isn’t bright enough to figure out that he was only given the assignment because all of his fellow cops want him dead. The two spend practically the entirety of The Gauntlet (1977) in gun sights, except for when Eastwood occasionally gets an old-fashioned beating. Oh, and romance commences.