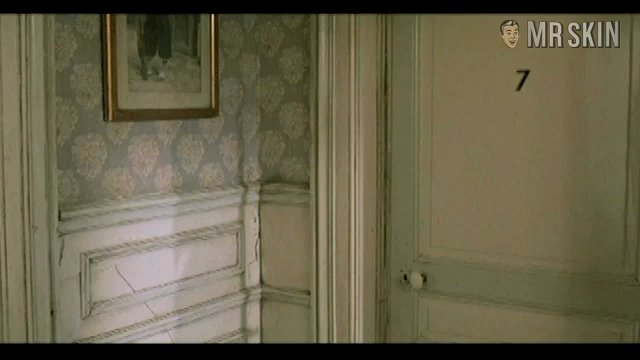 Gotcha (1985)
Sexy 00:23:00 Short-haired Linda enjoys a postcoital snuggle in bed. She's topless, but our skin appetizer only consists of partial right boob and a brief glance at the left.

Gotcha (1985) is a comedy/mystery that takes place prior to the fall of the Berlin Wall. Anthony Edwards plays Jonathan a college student who is involved in an intricate paintball game played on campus called Gotcha. After winning a big game, he jets off to Paris on vacation where he meets a gorgeous woman named Sasha (Linda Fiorentino). She takes him to East Germany where she promises to take his virginity only to then abandon him. Trailed by spies and running for his life, Jonathan realizes the game is now real and he is on his own. There isn’t much nudity here, but Ms. Fiorentino will have you erecting stiff structure in your pants in a few different scenes where she and Anthony have some fun in bed. We get several good peeks at her teets and a butt shot as she stands nude behind another person. They aren’t out much, but Linda’s Fiorentatas will have you playing an elaborate game with the weapon in your pants!