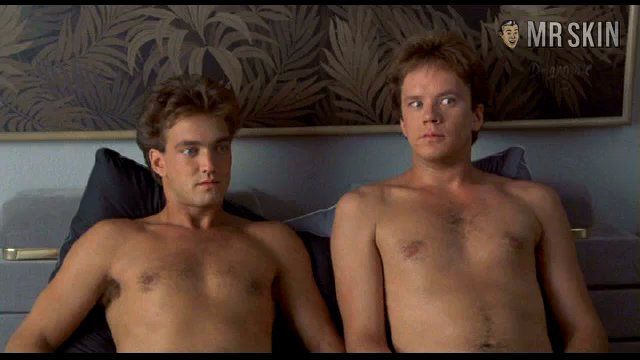 There are plenty of reasons why Fraternity Vacation (1985) isn’t your usual ’80s teen comedy--most notably, the presence of Tim Robbins as scheming frat brother Larry “Mother” Tucker. The script also has a few clever and touching moments. Not bad for a low-budget movie about nerd Stephen Geoffreys being accepted by his frat brothers once they find out he has access to a condo in Palm Springs. Everybody’s still sex-crazed, though, with Barbara Crampton and Kathleen Kinmont providing plenty of inspiration (especially if you watch the film’s letterboxed version).