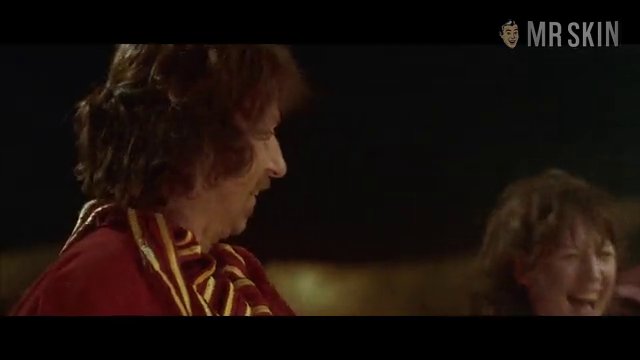 Some things just naturally enhance one another, like milk + cookies, sex + violence, and director Paul Verhoeven + a subject matter and theme that call for graphic depictions of brutal human selfishness coupled with explicit and extensive scenes of unbridled nudity. Long before Verhoeven gave the gape-jawed world the sexual and gender-war pyrotechnics of Basic Instinct (1992) and Showgirls (1995), he had already mastered the mixture of mayhem and titillation, as displayed to shudderingly satisfying effect in Flesh + Blood (1985). Set in plague-ridden medieval times and following the exploits of a fierce leader of bloody mercenaries who has been betrayed by his king, Flesh + Blood brings to vivid life an era of carnal brutality where violent sex and murder are casual acts and the sweet innocent, as portrayed by Jennifer Jason Leigh at film's beginning, is soon strutting fully nude, leering and insanely lascivious.