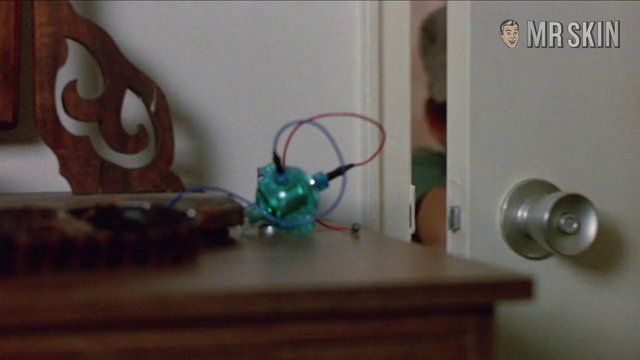 Deadly Eyes (1982) is a sci-fi/horror film from Robert Clouse, the director of Enter the Dragon (1973) with a premise that has to be seen to be believed. A batch of contaminated grain is eaten by a pack of rats who grow to enormous proportions and begin attacking the citizens of Toronto. A college basketball coach (Sam Groom) teams up with a local health inspector (Sara Botsford) to try and stop the invasion. There is some sensational sexiness in the film courtesy of Lisa Langlois, who wears a pair of skimpy panties and a sheer tank top as she parades around her house!  It's Sara Botsford, however, who gets the gold star her fantastic fun bags that look great as she and the basketball coach get it on by the fire! It looks like the rats aren't the only thing increasing in size!