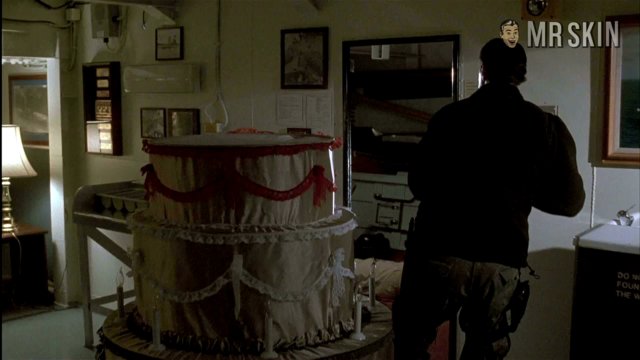 Under Siege (1992)
Nude, breasts, thong 00:43:21 Buns in a thong when she jumps out of a cake. Then a great look at her utterly incredible breasts while dancing.

The box-office hit Under Siege (1992) temporarily turned Steven Seagal into a real leading man, as he saves the day after psycho Tommy Lee Jones takes over the USS Missouri. Of course, the film ultimately did more for Jones’s career, especially after director Andrew Davis used him again in The Fugitive (1994). The bigger question is, why didn’t Erika Eleniak go on to megastardom after showing off her megamelons as Seagal’s plucky female sidekick? She’s gorgeous, she’s charming and she single-handedly turns this testosterone fest into a skinematic classic.