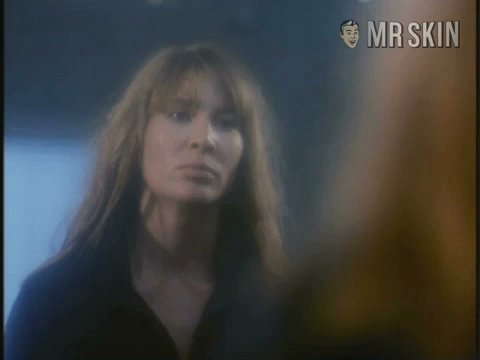 In the spy thriller C.I.A. Code Name: Alexa (1992), Lorenzo Lamas is C.I.A. agent Mark Graver, who kills a terrorist during a prison escape attempt without knowing that the terrorist’s body contains a valuable microchip. Now the terrorists want to recover the microchip, but what they don’t know is that Graver has turned one of their own (Kathleen Kinmont). O.J. Simpson plays a cop out to avenge his partner’s death. You get a quick look at Kathleen’s cans as she gets pounded by her real-life husband, Lorenzo. Her code name should be “I’ll-sex-ya!”