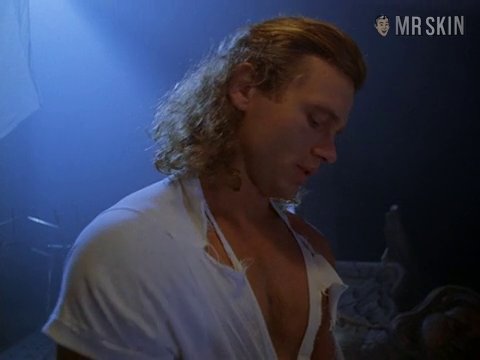 Two Moon Junction (1988)
Nude, breasts, butt, bush 01:24:56 Sherilyn sheds her threads and blindfolds herself for some magnificent full-frontal action. Wow, she's not really that blonde? I'd have never guessed.

Director Zalman King really boils his pots in the amazing Southern Gothic tale Two Moon Junction (1988). Sherilyn Fenn stars as a Senator’s daughter who’s engaged to a nice, dull man. Things get all shook up when she goes to the local carnival and meets sexy roustabout Richard Tyson. Hot animal lust abounds, but a carnie like Tyson is obviously from the wrong side of the tracks. It isn’t long before Southern sheriff Burl Ives is brought in to break up the lovefest. He still can’t stop some sizzling nude scenes from Fenn, as well as a fantastic turn from Kristy McNichol as a butch truck driver.