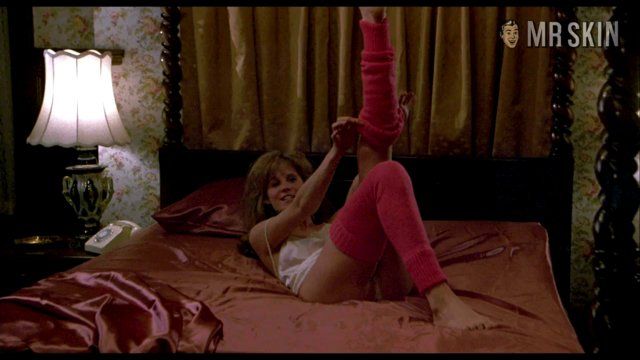 Stripes (1981)
Nude, breasts, bush 01:35:06 Get a gloriously extended view on this bonus scene included in the extended version DVD! She slooowly peels down her nighty to cavort toplessly with Bill Murray. Nice Riff Randalls!

Lovable loser Bill Murray doesn’t have anything better to do than join the Army in the comedy classic Stripes (1981). However, Murray and buddy Harold Ramis soon learn they have to take MP’s Sean Young and P.J. Soles very seriously. The movie further mixes gags and groins with a stellar turn by Roberta Leighton as the woman who drives Murray into the Army. Susan Mechsner also rates a 21-crotch salute as a naked mud wrestler, while sleazy Captain John Larroquette contributes by turning his military-issue binoculars onto a passel of showering femmes. But for a real 21-gun salute (in your pants), pick up the extended edition, which includes a previously unseen sequence featuring P.J.'s nay-nays and even her landing strip(e). Ten-Hut!