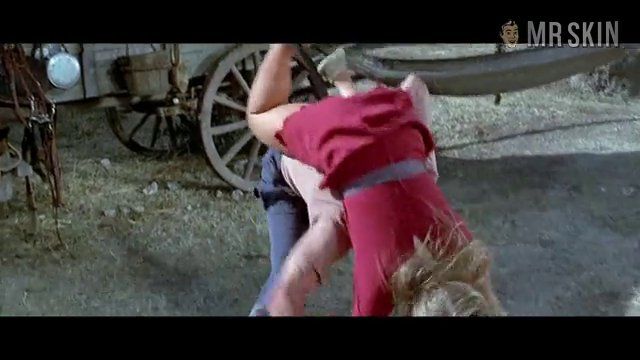 Soldier Blue (1970)
Nude, bush 00:57:00 See a brief but very sweet snatch of buns and furBergen when short-skirted Candy fights with a guy.

For any recreational conspiracy theorists and armchair paranoids who believe that the relations between cowboys and Indians were never as cut and dried as presented by the bulk of the Westerns shot during the golden age of the horse opera, along came Soldier Blue (1970). Set in the waning days of the Cheyenne nation, when betrayal, thievery, and cursory slaughter were the norm for white man and brown, Soldier Blue shows the surface conflicts and underlying hostilities from the viewpoint of a white woman who was captured and held by the Cheyenne for two years. Once she finally escapes, after witnessing atrocities committed by marauding braves and free-booting pale faces, she learns of the U.S. Cavalry's intention to wipe out the remaining indigenous inhabitants. What has she seen and learned that compels her to risk her well-being in order to warn her former captors of their immanent demise?