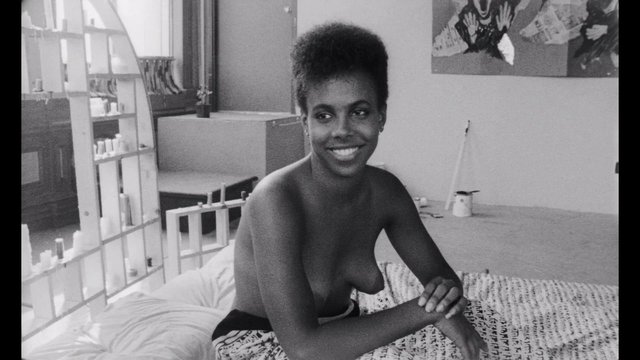 She's Gotta Have It (1986)
Nude, breasts, butt 00:26:00 More banana boobage plus bonus butt as cocoa goddess Tracy hits the sheets for round two with the guy.

Women can be maddening creatures. And as the teasing, pleasing, invitation to insanity "Nola Darling" shows in director Spike Lee’s career-making She’s Gotta Have It (1987), one female has within her power the ability to cast a limitless number of men into simultaneous states of perpetual anxiety and uncertainty. How does she wield this power over male emotional well-being? All with the granting and withholding of her romantic interest. Though the cast is almost all African American, and the pathos and comedy play out largely in the realm of black culture, the truths of She’s Gotta Have It are universal and know no color.