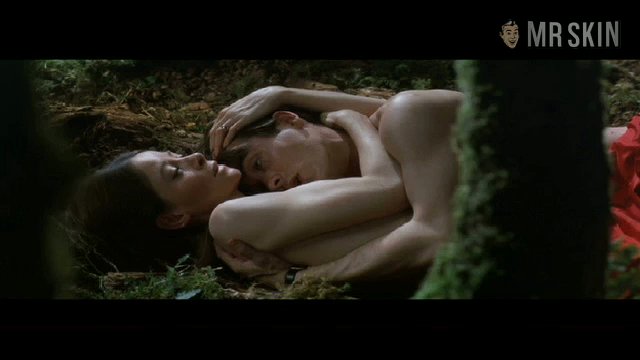 Ryan's Daughter (1970)
Nude, breasts 01:40:00 Another quick right boob in the woods, post-coitally. Your crotch will go for Miles!

Set in the tumultuous world of 1916 Ireland, David Lean’s sprawling, enigmatic romantic drama Ryan’s Daughter (1970) chronicles the rocky marriage between a graying widower and his new young bride. Robert Mitchum stars as Charles Shaughnessy, a widowed schoolteacher who grows enamored with a beautiful woman more than twenty years his junior (Sarah Miles). No sooner do they wed and return to Ireland’s Dingle peninsula, however, than the unhappy Rosy (Miles) is pulled into an illicit relationship with a dashing British soldier (Christopher Jones). Resentful of the British occupying troops, the townspeople decide to make Rosy pay for her transgressions by punishing her as an adulterer and a traitor. Miles delivers a bravura performance that earned her a Best Actress nomination at the Oscars, but in fact her boffing scene alone will be enough to win miles of smiles.