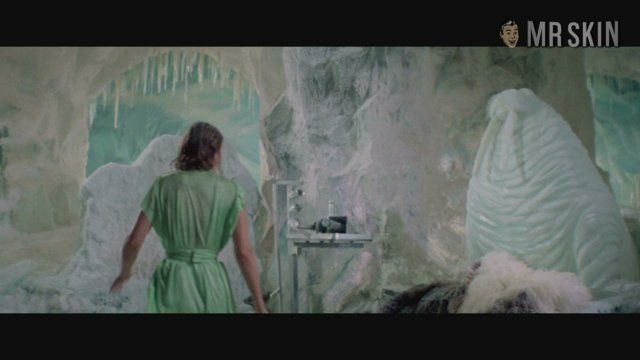 Michael York stars in the Oscar-nominated sci-fi classic Logan's Run (1976). Set in 2274, Logan's Run presents a society in which humans live an idyllic and nearly perfect life in a domed city-state. The only rule is that every man and woman must be put to death when they reach the age of 30. It is Logan’s job to hunt down “runners” who try to escape their fate, and he is sent undercover as a runner to infiltrate a group that has escaped the cities and lives in an encampment called Sanctuary. Co-star Jenny Agutter shows tits and ass changing clothes in an ice cave. Watch Logan’s Run and check out Jenny’s buns.