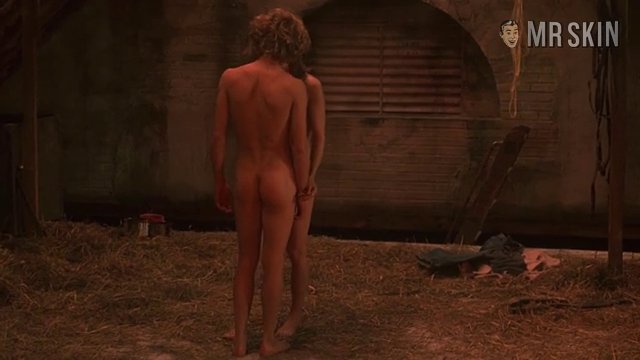 Equus (1977)
Nude, breasts, butt, bush 02:01:00 Jenny bares it all in this magnificent, well-lit, super-long scene in which she goes for the proverbial "Roll in the Hay..." This, folks, is what Gratuitous Nudity is all about! 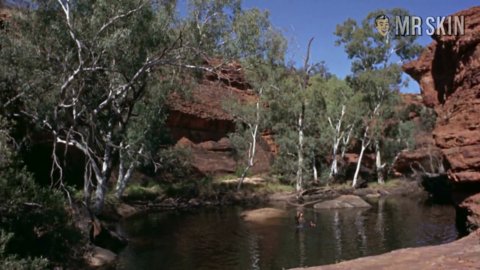 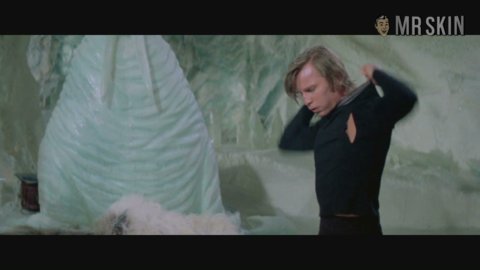 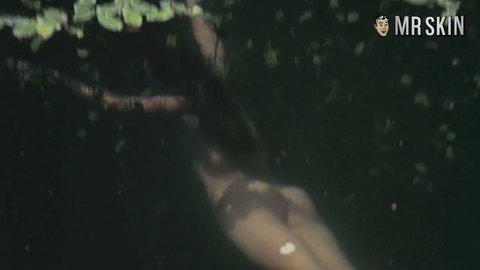 Celluloid celebrators got their first glimpse of feline-featured and enticingly engineered Jenny Agutter in the quickie East of Sudan (1964), followed by the kind of roles that befit an adorable child actress. It was filmmaker Nicolas Roeg who first realized her skintential in Walkabout (1971), a cult favorite set in the Australian outback that features aborigines, social commentary, and a healthy heap of Jenny, whose features include skinny dipping and some full-frontal flashing. Jenny moved to L.A. in her late twenties, and Tinseltown augmented the Agutter alert by having her shed her skivvies in Logan's Run (1976), Equus (1977), and An American Werewolf in London (1981), in which she nurses a lycanthropy-infected David Naughton back to health via a slippery skintastic shower sequence set to Van Morrison's "Moondance." Jenny's worked steadily ever since, though it must be noted that the final years of the last millennium and first several of the new one have found her involved in a slew of British-made TV films and mini-series, none of which have offered Jenny any opportunities to let loose the skin that kept Logan out of breath a quarter-century ago when he was running and running and running.

3 Pics & 2 Clips
Nude, breasts, bush 00:41:02 Jenny, baring her right boob and a few pubes, gets animalistic in bed with her beastly beau. AR-OOOOOOOO!

3 Pics & 3 Clips
Nude, breasts 00:28:00 Apples on her chest, apples in her mouth...Jenny bare-breasted snacks in bed with Sam.
Nude, butt 00:27:00 A long shot of Agutter's gluters standing on a balcony with Sam Waterston.
Nude, breasts 00:44:00 Wouldn't you know it, Jenny's boobs are on display (albeit just a flash) yet again, but this time we also get a brief view of her...well, briefs.

8 Pics & 1 Clip
Nude, breasts, butt, bush 02:01:00 Jenny bares it all in this magnificent, well-lit, super-long scene in which she goes for the proverbial "Roll in the Hay..." This, folks, is what Gratuitous Nudity is all about!

The All New Alexei Sayle Show - as Scientist

And the Beat Goes On - as Connie Spencer

The Newcomers - as Kirsty Kerr #1

The Railway Children - as Roberta Waterbury