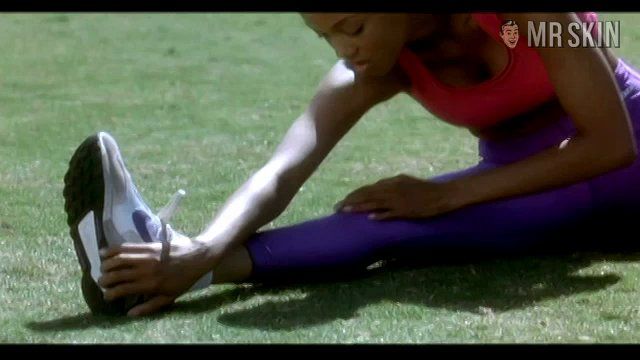 A college campus becomes a melting pot that quickly begins to boil over in the racially-charged drama Higher Learning (1995). The film focuses on a trio of incoming freshmen at a major university: Malik (Omar Epps), an academically challenged, African-American student riding a track scholarship; Remy (Michael Rapaport), a confused kid straight out of the cornfields of the Midwest; and Kristen (Kristy Swanson), a shy and sheltered California chick. When the three teens and their belief systems are challenged by the stress and dynamics of campus life, they begin to break from the pressure of their first semester of studies, leading to an explosive conclusion. There’s no nudity in this flick, so there’s no relief for the pressure in your pants.  But Tyra Banks in a form-fitting spandex outfit, along with a brief peek of Kristy in a black bra serve as a safety valve for your self-satisfaction!