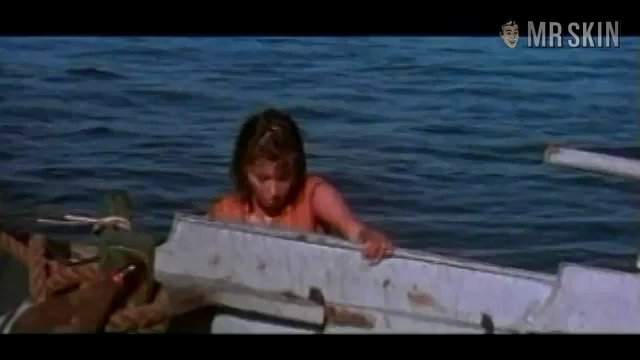 Boy on a Dolphin (1957)
Sexy Sophia Loren is skintastic in this sexy scene!

Iconic Italian starlet Sophia Loren made a serious splash Stateside with the exotic adventure drama Boy on a Dolphin (1957). The graceful goddess stars as Phaedra, a Greek sponge diver who breaks the surface with an enigmatic statue of a boy atop a dolphin. The talismanic sculpture soon becomes central to a power grab between the diver’s swarthy archaeologist boyfriend (Alan Ladd) and a wealthy curio collector (Clifton Webb). In keeping with the times, Loren plays it fairly modest, but it’s not difficult to see why the actress left a lasting impression with male moviegoers in this, her American debut.