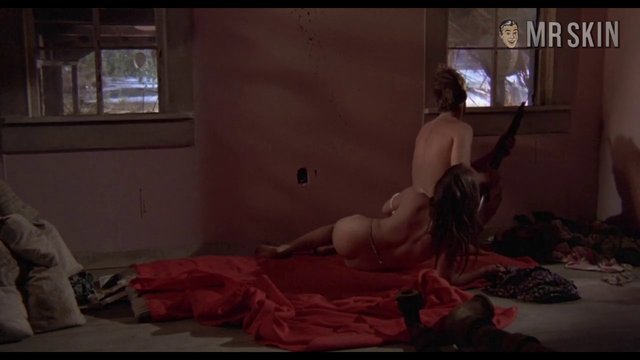 Boxcar Bertha (1972)
Nude, breasts, butt, bush 00:52:46 Babs boinks her boyfriend on the floor. She's completely nude and we see her boobs, buns and a brief view of Bertha's box.

The Great Depression saddened the United States working class with several years of hard times. People didn’t have money for cars and couldn’t afford to take the bus. Desperate to go anywhere other than where they were stuck, drifters and dreamers rode the rails, hopping on freight trains to crisscross the country in search of better places and brighter days. The nights were passed swapping stories and lore, none more compelling than the legend of Boxcar Bertha (1972). In the company of her union agitator boyfriend, "Big" Bill Shelly, sharp-tongued and tough-minded "Boxcar" Bertha Thompson embarked upon a fabled crime spree, intended as vengeance against the railway bosses who ran roughshod over the workers’ rights. But this was the 1930s, one of harshest decades in American history, as depicted by fledgling director Martin Scorsese. Big and Boxcar’s passions run high, and retribution comes to them brutal and quick.