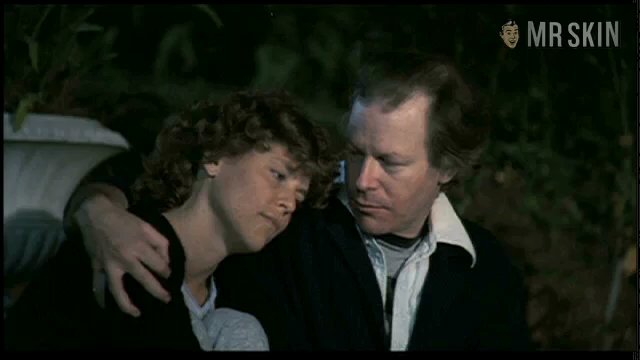 Always (1985)
Nude, breasts, butt 01:33:00 Leo is the mane attraction showing her boobies and booty diving into the pool and frolicking with a sparkler.

Independent auteur Henry Jaglom's Always (1985) is an autobiographical slice of life in which director Jaglom himself stars as a movie director, and his real-life ex-wife, Patrice Townsend, appears as the movie director's ex-wife. The plot centers on the couple's divorce and its immediate aftermath as friends gather in their home to comfort them. Naturally many of these supporting players are portrayed by Jaglom's true-life friends. Much of the dialogue is improvised, making the film's documentary feel occasionally seem more like eavesdropping, which is most intriguing. Even more so are nude scenes by Melissa Leo and Joanna Frank.