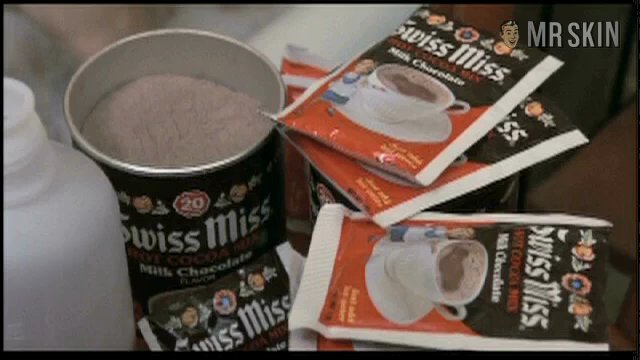 Always (1985)
Nude, breasts 00:57:00 Cocoa casaba! Sexy Joanna shows off some left breast in the tub while coating herself in hot cocoa mix. That'll warm you up. 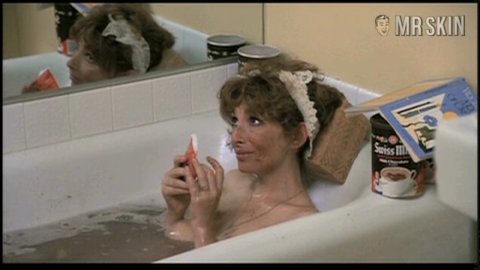 Joanna Frank, who was born with the good fortune to be the sister of noted producer Steven Bochco, started her film career with a supporting role in America, America (1963). Unfortunately, the movie's gimmick of gathering attention by repeating its title didn't work. For Joanna that meant spending the latter part of the '60s and the early part of the '70s in guest spots on such series as The Outer Limits and Ben Casey. She also tried her hand at the drive-in craze with The Savage Seven (1968). Then Joanna disappeared. Thankfully, she made her way back into entertainment in the early '80s with a bit part in Double Exposure (1982), although without exposing her double exposures. Her big break wouldn't come until her brother gave her a part (as the wife of her real-life husband Alan Rachins) on his hit series L.A. Law. 1994 saw the end of the show's run, and Joanna retreated to family affairs. Although the public generally remembers Joanna's turn as "Mrs. Kerwin" in the hit Say Anything... (1989), Mr. Skin prefers to recall her boobular performance in Always (1984). It's worth a look if for no other reason than to see Joanna's marshmallows floating in the hot chocolate-spiked bathtub water. Yum!

3 Pics & 2 Clips
Nude, breasts 00:57:00 Cocoa casaba! Sexy Joanna shows off some left breast in the tub while coating herself in hot cocoa mix. That'll warm you up.
Nude, breasts 01:00:00 More left ta-ta in the tub as Joanna makes herself into a human marshmallow.