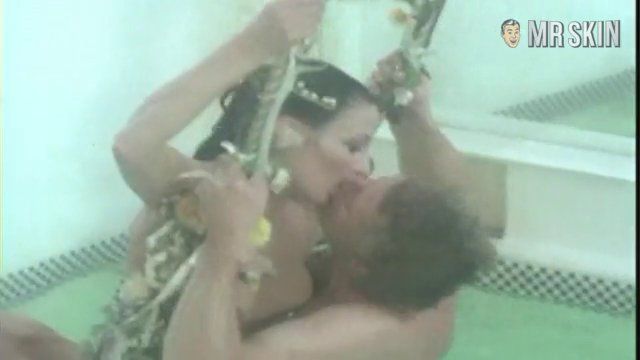 Usually, when the topic of sleeping one’s way to the top comes up, the upwardly mobile sleeper is assumed to be a woman on the move, but a movie based on a wily female’s ascent would more likely be called Blonde Ambition than The Stud (1978). Made at the tail end of the golden age of drive-in depravity, director Quentin Masters’s The Stud tells the tale of a hung, handsome, and hungry waiter who seeks to better his station by slipping double portions of dong to the boss’s wife. Of course she, being a woman, can’t keep the sexing a secret from her friends, and soon a whole pack of rich, love-addicted women are lined up hoping to give the waiter’s career a hand.