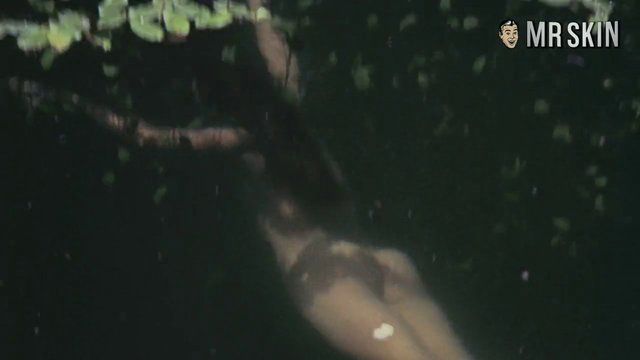 Walkabout (1971)
Nude, breasts, butt, bush 00:58:38 Tons of nudity of all varieties as she skinny-dips in the river while the Aboriginal boy hunts for wild game. Long scene.

Director Nicolas Roeg’s reputation for unusual, compelling, primal drama that isn’t afraid to look nudity straight in the bush was solidified with Walkabout (1971). When two white city kids, a brother and sister, find themselves lost and on their own in the remote Australian outback, an aboriginal boy appears to guide them homeward, and Roeg fashions a parable on the limits of civilization that achieves pure visual poetry. The cinematography captures the natural wonders of the raw terrain with such sweeping and pinpointed grandeur that the awestruck viewer may need a few moments to realize that the city girl is going native in her embrace of nudity as a natural clothing option.