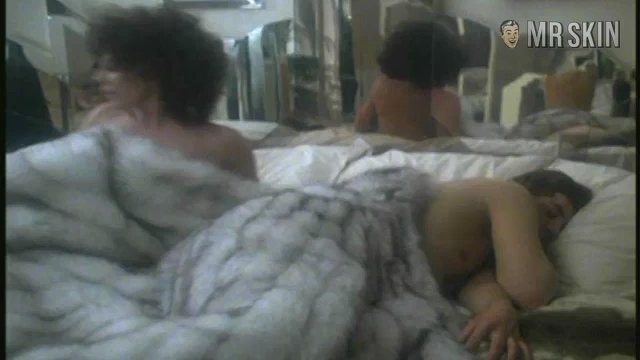 The Bitch (1979)
Nude, breasts, butt 00:24:00 Bitch-buns and brief left chest-nubbin as Joan gets out of bed and walks into the bathroom.

mirror nude in home getting out of bed leaving

It’s Joan Collins embodying Jackie Collins in the schlock epic The Bitch (1979), as Joan plays a disco diva in this adaptation of Jackie’s novel. She’s a trendy club owner who’s got plenty of problems with all the adoring men in her life--and things get even worse when the Mafia decides to get into the boogie business. There’s plenty of tawdry action in this big-screen soaper, with Joan frequently dropping her top to tally up some tickets. Still, she gets some competition from the young bods of youngbloods Sue Lloyd and Pamela Salem.