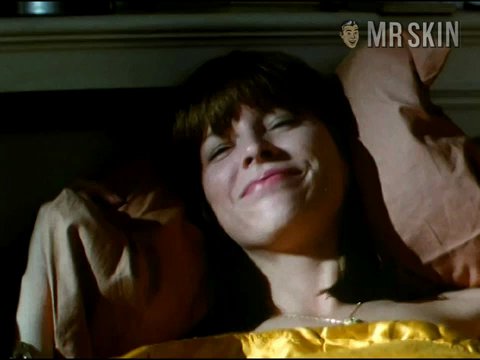 Robert Mitchum stepped into Humphrey Bogart’s well-worn shoes as private eye Philip Marlowe in The Big Sleep (1978), a modern-day remake of the 1946 classic. Dying old millionaire James Stewart hires Mitchum to handle a blackmail attempt on his daughter. It isn’t long before the trail leads to the bigger mystery of Stewart’s missing son-in-law. Along the way, Mitchum has to look deadpan while in the amazing presence of Joan Collins and Diana Quick. Sarah Miles is also dressed for sin as one of Stewart’s daughters. Candy Clark provides the film’s biggest treat, though, as she strips down for both Mitchum and a photo session with a pornographer.