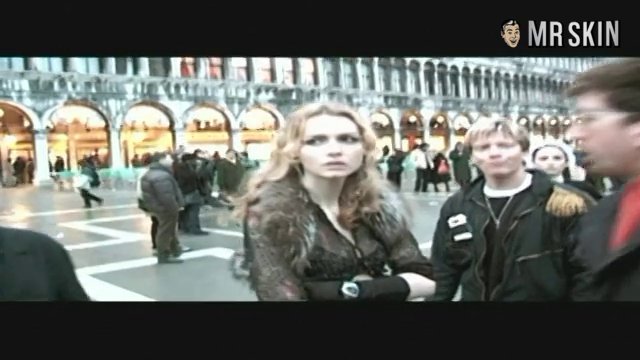 Hotel (2001)
Nude, breasts 00:26:00 Stefania removes her shirt for some bald bastard, then dips her awesome boobies into two milk-filled champagne glasses on his desk. I don't know why this is so hot, but ... wow! 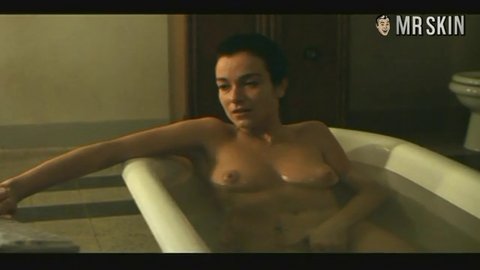 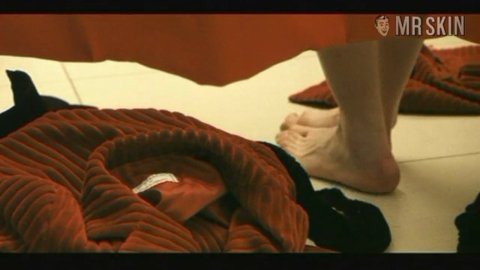 Viol@ (1998) Nude, breasts 00:27:00 Brief breasts, one at a time, while getting changed in a dressing room and teasing some peeping sucker who eventually joins her. 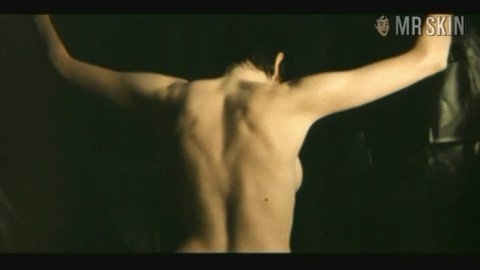 Viol@ (1998) Nude, breasts 00:36:00 Standing with her back to the camera, Stef teases by bobbling one casaba into view before she turns around to snap pictures of her full rack.
+89
More Pics &
Clips >>

It took UK director Anthony Minghella to bring popular Eurobabe Stefania Rocca to the American multiplexes with The Talented Mr. Ripley (1999)--although this Italian beauty had to be dolled up in a wig for the role. Back in Italy, Stefania was best known for her androgynous presence. Of course, that’s hard to believe after seeing Rocca’s rack rolling out of her costume in Kenneth Branagh’s adaptation of Love's Labour’s Lost (2000). Stefania’s since concentrated on her career back home and used her tough-gal looks as a femme detective hunting a poker-obsessed killer in The Card Player (2004)--where we got royally flushed as Stefania showed her handfuls of T&A while another cop poked ’er!

2 Pics & 1 Clip
Nude, breasts Stefania's breasts are visible as she gets banged by a black dude!

6 Pics & 1 Clip
Nude, breasts In the special features, Stefania strips down and shakes her flawless, natural pair for a bearded dude in the champagne room.

2 Pics & 1 Clip
Nude, breasts 00:49:00 Left tit, and then a partial righty are on display as Stef rolls around in the hay with her lucky loverboy.

5 Pics & 3 Clips
Nude, breasts 00:14:00 Steffi gives us a Stiffi when she shows off her prize-worthy palookas during and after her shower.
Nude, breasts 00:18:00 Stef leads her man on a chase through the house, to the bed, and into the magical land of makeout. Nice look at her undies, AND a little right nippage.
Nude, breasts 00:21:00 Steffi's right tit is bouncing in and out of the frame as the previous sex scene continues. Damn 2:35:1 format...

5 Pics & 1 Clip
Nude, breasts 00:26:00 Stefania removes her shirt for some bald bastard, then dips her awesome boobies into two milk-filled champagne glasses on his desk. I don't know why this is so hot, but ... wow!

10 Pics & 2 Clips
Nude, breasts Brief left boob pop-out as a fully dressed guy pulls her nightie down while they hug and kiss in a bedroom.
Nude, breasts Glimpses of Stef's right globe as she bathes in a hospital while a nun walks by, then again as she steps out towel and towels off.
Live Cams - View all