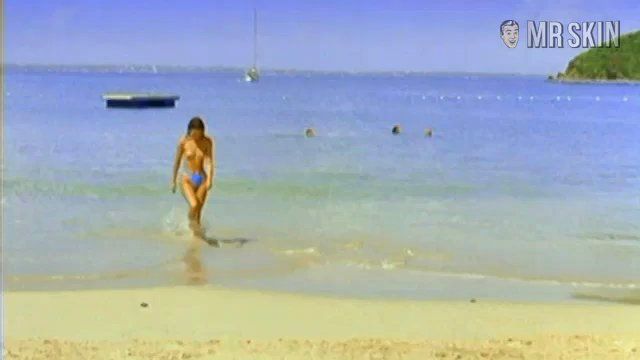 Les gens en maillot de bain ne sont pas (forcément) superficiels (2001)
Nude, breasts 00:15:00 She emerges from the tropical surf, like a bird of paradise... a topless jay-bird to be exact! 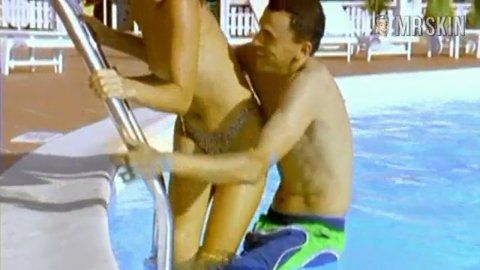 Vanessa Gravina's career got off to a skyrocketing start in 1985 when she landed a part in the Italian picture Colpo di fulmine. Since then, she’s spent the better part of her time on Il Boob Tube, taking on roles in such mini-series as La Voglia di vincere, Laura und Luis and La Piovra 4, as well as in the hit series Incantesimo. Unfortunately, Il Boob Tube doesn’t allow for much in the way of La Boobs, so to speak.That’s all well and good, considering that Vanessa appeared in the French flick Les Gens en maillot de bain ne sont pas (forcément) superficiels, which translates into English as “People in Swimsuits Aren’t (Necessarily) Shallow.” That would be a fairly appropriate description of the film, excepting the fact that most of the people in it don’t wear much clothing, much less swimsuits. Vanessa appears in the film with a bikini bottom at one point but apparently it wasn’t a part of a matching set. Not that we’re complaining… we enjoyed her naturally matching set, nipples and all!