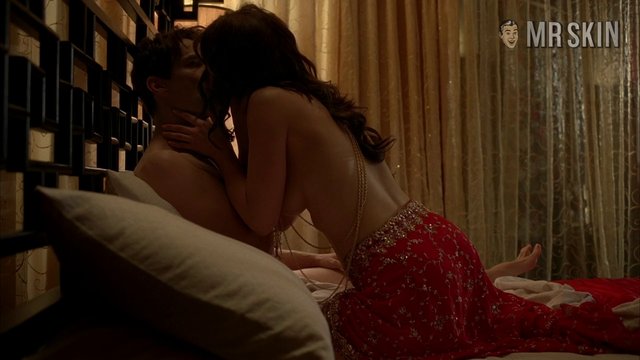 True Blood (2008-2014)
Nude, breasts, butt Ep. 05x09 Valentina shows both breasts while in bed with Vampire Bill, then as the is riding him, Bill starts seeing her as the vampire god, Lilith, played by Jessica Clark. Jessica shows both breasts and butt while covered in blood. 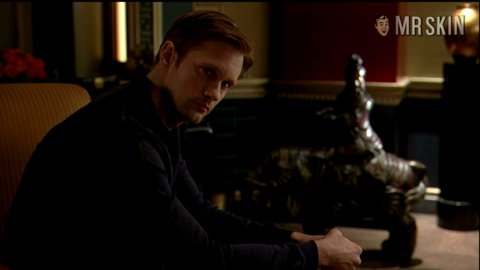 True Blood (2008-2014) Nude, breasts, butt Ep. 05x03 Valentina shows off her spectacular rack and butt as she disrobes in an effort to seduce Vampire Eric. It works! 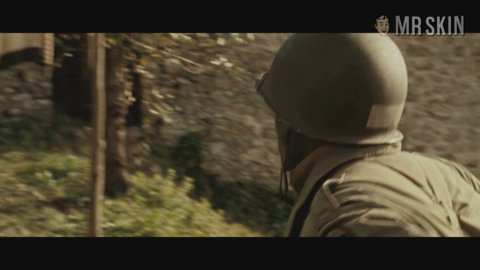 Miracle at St. Anna (2008) Nude, breasts 01:29:26 It's a miracle on St. Chest when Val whips off her shirt and hangs laundry on the line topless while a soldier watches. At ease! 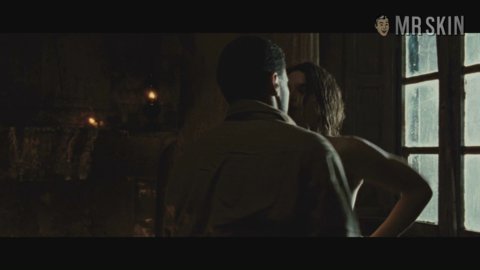 Valentina Cervi followed in the footsteps of her grandfather, noted Italian actor Gino Cervi, with a bit part in the film Mignon e partita (1988). When her career didn't take off, she turned to other pursuits before returning to movie work as an assistant to Robert Downey, Jr. during the filming of Only You (1994). The mind boggles at what she may have been told to do (or get) for the notoriously addicted actor. Thankfully, she stepped back in front of the camera just in time to appear in the Nicole Kidman flick Portrait of a Lady (1996). It garnered enough attention for young Valentina to land her the title role in Artemisia (1997), which happened to feature her first ever skin scenes, including some pretty sensual sex and full-frontal shots. Valentina returned to her skinful ways with a turn in the French comedy Rien sur Robert (1999), again featuring her in all her full-frontal glory. She has since gone on to appear in such films as Hotel (2001), the mini-series James Dean (2001), and as the lusty bloodsucker Salome on HBO's True Blood. See Valentina, all you have to do is show your Cervi-x and suddenly you're a hit.

11 Pics & 2 Clips
Nude, breasts Valentina unveils the twins while getting busy in bed.
Nude, breasts, butt Valentina's fresh out of the shower and showing off her T&amp;A. She'll have your baloney pony at Au Galop!

9 Pics & 2 Clips
Nude, breasts 01:29:26 It's a miracle on St. Chest when Val whips off her shirt and hangs laundry on the line topless while a soldier watches. At ease!
Nude, breasts, underwear 01:49:05 Cervi serves up her boobs when she loses the top during a makeout session against a window.

7 Pics & 1 Clip
Nude, breasts, bush 01:36:00 Weirdly hot, small, black-and-white views of Valentina's crotch and casabas as she eases herself atop a guy (I think) and feeds him her nips.

10 Pics & 2 Clips
Nude, breasts, butt, bush 00:28:00 Valentina peels off her clothes for a guy. We see her neat pink nerps and healthy rump. Then, when some old bastard interrupts, she flashes great furburgerage while trying to cover up.
Nude, breasts, butt, bush 01:00:00 In the bathroom with her boyfriend, Valentina lifts off her dress to reveal all three B's as she settles into the tub. Great bod!

6 Pics & 3 Clips
Nude, breasts 00:02:00 A generous gander at Val's grapefruits as she examines her chest region in preparation for a self-portrait.
Nude, breasts, butt, bush 00:59:00 Buns, boobs and bush (in that precise order) as Valentina hurriedly hops out of bed and pulls on a robe.
Nude, breasts 00:48:00 Brief nips as Val is pinned up against the wall, just prior to her official deflowerization.