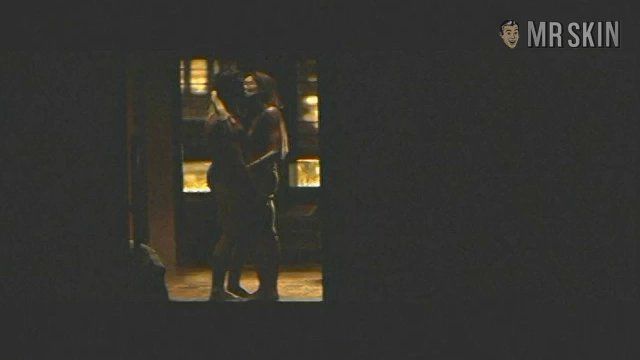 Solaris (2002)
Nude, breasts, butt 00:27:00 Dark, distant shot of naked Natascha kissing George Clooney. We sort of see Nat's ass and partial breast, but George gets most of the screen time. No thank you.

Solaris (2002) is a speedy remake of the famous Russian filmmaker Andrei Tarkovsky's original, released in 1972 and 165 minutes long. Director Steven Soderbergh cuts the action almost in half and adds Hollywood special effects and star power from George Clooney to tell the story of a space station where dreams are manifested into reality by the weird, undulating planet Solaris. Clooney brings his dead wife, Natascha McElhone, back to life, and the two promptly do some undulating of their own. This is lust in space for the thinking man.