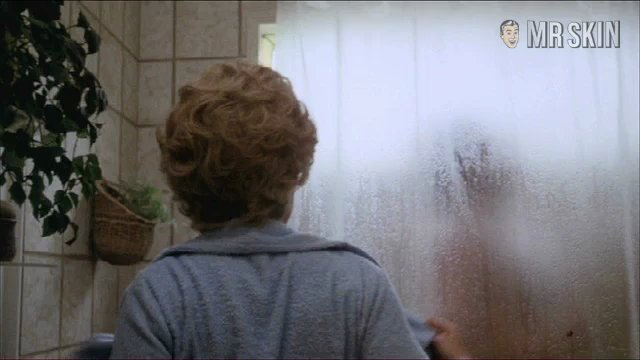 Serial (1980)
Nude, breasts Tuesday's a great day for boobage, and she gives us a little look at her right one when she joins her dude in the shower. Steamy!

Based on the satirical novel of the same name by Cyra McFadden, Serial (1980) is a take on the "I'm OK, You're OK" culture of the nuts and fruits state, California. The fruits here are bran-eating, wife-swapping, and cult-joining types sure to help drain viewers’ nuts. Peter Bonerz is a coke-sniffing psychiatrist who tells a ten-year-old to get in touch with his inner child. That's the level of humor here, and the many plotlines are too wacky to get into. But who wouldn't want to get into Sally Kellerman, who plays the opposite of her uptight character Hot Lips O'Houlihan in MASH (1970)? She flashes her perky pair and is the most whack-off-able in this movie of whack-offs. But don't forget Patch Mackenzie, who doesn't show off her patch but does have a nice pair of Mackenzies in this, her only skin onscreen. Decades later, the online phenomenon StuffWhitePeopleLike.com would pick up where Serial left off, only with way less hot female nudity.