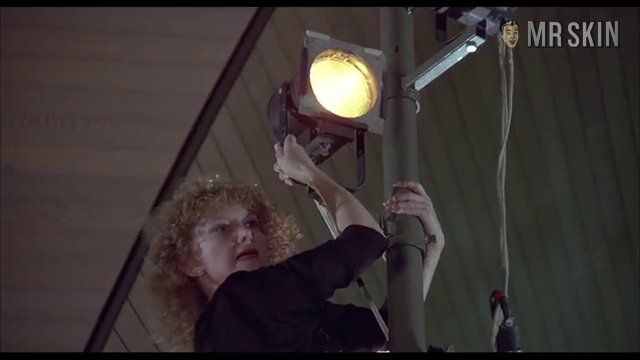 How to Beat the High Cost of Living (1980)
Nude, breasts, underwear, body double 01:28:00 BODY DOUBLE: Jane gets a huge crowd going when she strips down to her satiny underpinnings on stage. See some Third Rocks when the bra comes off, but unfortunately, they belong to a body double. Oh well, we can always pretend.

A group of Oregon friends plan a heist to beat their Carter-era economic blues in Robert Scheerer’s giddy comedy How to Beat the High Cost of Living (1980). With inflation and unemployment rife in their Pacific Northwest hometown, friends Jane (Susan Saint James), Elaine (Jane Curtin), and Louise (Jessica Lange) scrounge for loose change to survive. Unable to afford babysitters or bills, the three friends conspire to steal a stash of money that a local mall’s giving away as part of a promotion. Given the cast, there’s some serious skin potential here, but only Curtin delivers, and then only in part. The actress gets a body double to pose as she sashays on stage wearing little more than the basics.