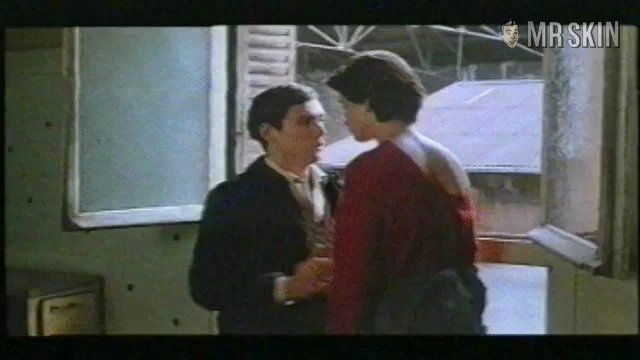 Rendez-vous (1985)
Nude, breasts, butt, bush 00:24:00 It's a nice rendez-view as Juliette offers a feast of her nude body to her lover in a kitchen. First she's topless, then she shows bush when sitting on a table and finally she bares her buns on the floor. Bon(er) apetit!

Rendez-vous (1985) is that typical French film in which women can’t keep their clothes on. Viva la France! In this case, that woman is the brown-haired fox Juliette Binoche, who never met a man she wouldn’t sleep with. She beds at least three in this flick, including one who works as a live sex performer. He dies, which adds the central mystery to this plot, but more important are Juliette’s four nude scenes. And Caroline Faro shows up on stage in white face (at least that’s what Mr. Skin assumes the gunk on her face is) and masturbates for the audience. It gets a standing ovation in viewers’ pants.