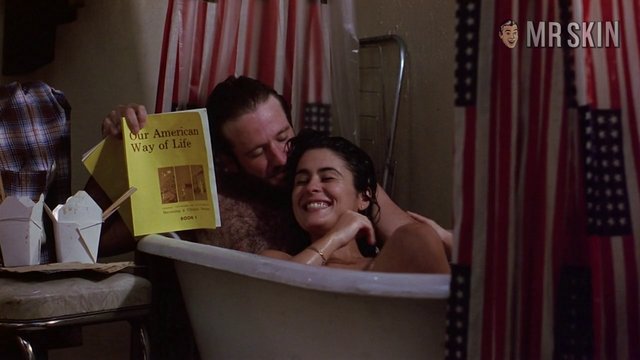 Moscow on the Hudson (1984) tells the story of Robin Williams, a Russian circus musician who defects during a US tour in Bloomingdales by hiding under the skirt of an Italian store clerk played by Maria Conchita Alonso. That's not a bad introduction to the American melting pot. She later becomes his girlfriend, which means that we get to see her girlfriends in a topless bath. There's also another skin scene where stage act-chest Olga Talyn shows everything she's got as Williams's Russian gal pal. Too bad she wasn't under the bright lights of Old Broadway, though, because the scene is shot a wee bit dark. Watching Moscow on the Hudson adds a whole new dimension to "Red Light District."