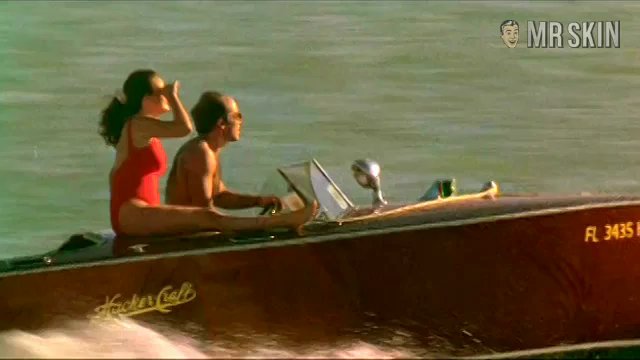 Miami Rhapsody (1995) is more of a dirge. It stars three of the hottest hotties from Hollywood, Naomi Campbell, Carla Gugino, and Sarah Jessica Parker, but not one of them takes off their clothes. That’s not entirely true. Naomi models a blazer in the blazing sun and is asked to take it off, which she does. And while she may not be wearing anything underneath, the cameraman is asleep at the lens and misses a prime boob-atunity. A story about romance and infidelity, especially one centered in the skin-friendly neighborhood of Miami, should offer so much, but this film gives so little--at least in the nudity department. Thankfully the stars are sizzling enough that even fully dressed their nipples poke through their tops demanding attention. They get a standing O in my pants!