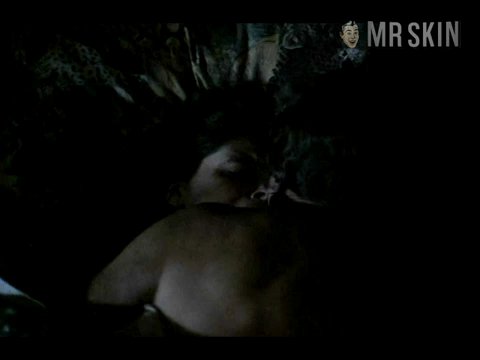 Lonely Hearts (1982)
Nude, breasts 01:05:00 Quick flashes of both of Wendy's juicy quarter pounders when she freaks out in the sack and jumps out to put on a robe. Nice, but someone needs to turn on a damn light.

Lonely Hearts (1982) is an offbeat romance story about a middle-aged piano player who falls for a shy, younger woman who works in an office. Both have insecurities about the relationship. He thinks that he might be too old and it is too late for him to find real love while she thinks she might be a little too young for him and falling too fast. Wendy Hughes plays the shy office worker, but she isn’t very shy about an hour in when Ms. Hughes lets us see her hangers as she gets out of bed. While the musician is on top of her trying to give her the trom-bone, jumps out of bed and puts on a robe. You will be playing a tune with your zipper as you whip your instrument out while gazing fondling on her chest notes!